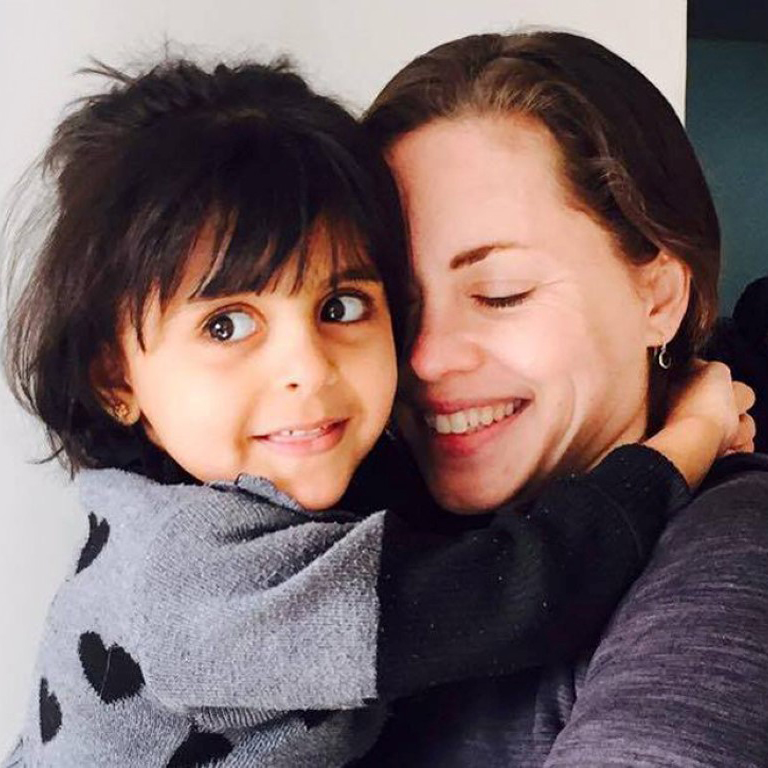 In December of 2016, Team Humanity and Charity United joined forces on a  refugee aid project.

We gave refugee families with children the opportunity to move out of cold, dirty, inhuman places, into warm and safe rooms in a community home in Greece. They could remain there while their asylum applications were processed.

The home contained bedrooms, a common kitchen and dining area, bathrooms, a school room, and room for children to play.  It was a warm, friendly, welcoming, and safe environment.  We housed children, pregnant women, single mothers, fathers, and the elderly.

Team Humanity is known all over the world for their work saving lives at sea.  Salam has personally rescued over 25,000 people from the sea alone (not including shore rescues) over a period of five months. You can learn more about his work here:

Megan Tucker and Charity United worked with a team of volunteers in Macedonia, in the Winter of 2015/2016, to provide winter clothing to refugees as they traveled north.  You can read more here:

While Politicians Talk, People Take Action — A Story Of Humanity

Both groups have continued delivering refugee aid throughout 2016.

We are now joining forces to provide homes to refugees and to restore some sanity, dignity, and education to their lives.

This project was completed in 2017

Fundraise for this Campaign
DONATE TO THIS CAMPAIGN