By Charity United on January 22, 2019 in
Helping children around the world 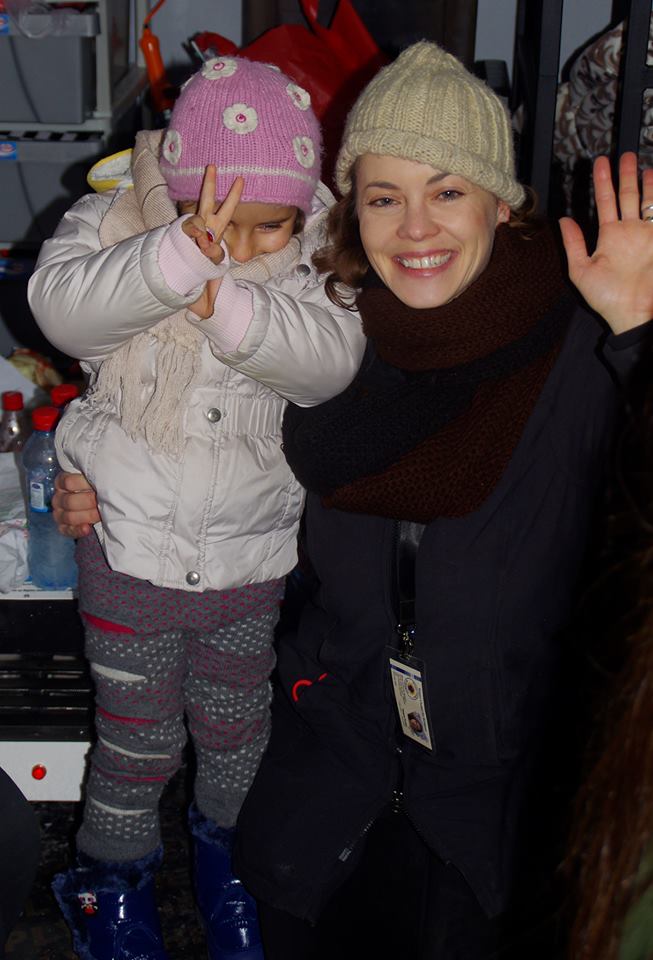 “Yesterday after putting new boots on a little refugee girl, I turned around to see her sister, maybe 4 years old, in tears.

Her mother explained to me that she was crying because her sisters got new shoes but she didn’t. ‘Her shoes are beautiful!’ the mother said.

I looked at the girl’s shoes and it was true. She had acceptable boots on, and that was why she hadn’t gotten new ones. We don’t normally give shoes to people when their existing shoes are acceptable. But her sisters had gotten new shoes, and she hadn’t. This little girl had that look. That look of a child who just can’t control herself from crying.

There were no questions asked. Instant policy adjustment. We have a 4-year-old refugee in tears in front of us.

I told Ziko. He took one look at her face and instantly procured new boots in her size. As I handed them to her and smiled, took off her old shoes and put on the new ones, and asked her if they fit okay … she began to calm down.

Do you remember when you were 4 or 5 years old, when somebody else got something but you didn’t, and the tears just welled up in your eyes and you couldn’t control it?

Do you remember that feeling of embarrassment, trying to stop the crying when it just wouldn’t stop? That feeling of ‘my sisters got one but I didn’t get one?’

We got her her new boots. And chocolate. She began to feel better. But she was so shy.

This is her in the photo, after she stopped crying.

On the way home this haunted me a bit. How normal these children are. How they are just like us. But they aren’t playing in kindergarten. They aren’t running around in their neighbor’s backyard. Or learning to read out-loud.

They are dodging bombs in their class rooms, and then risking their lives in the open sea on over-packed rubber rafts at double-capacity.

If they survive that journey, they are hauled from one place to the next throughout Greece and the Balkans until they reach Western Europe where they will wait and hope for a real home.

They wait outside by a fire at a cold gas station when the police won’t allow entrance to a camp.

They spend hours in an unheated train without a bathroom to arrive to us here.

After they leave us they may walk up to three miles through open fields in the winter weather. And then wait for the next bus. And on it goes.

They are hauled and shuffled from here to there, traveling without the comforts of the most rugged of backpackers. But they are children, just like we were. They are still sensitive enough to cry when they didn’t get new boots.

Did you know that whenever we can, we let the kids choose which color of gloves, hat, or scarf they get? Why? Because letting them choose a color is our way of saying, ‘You are important. You are real. You deserve something.’ And as they pick their favorite color, they brighten up and smile.

Do you know how important it is to us not to just wrap them up like packages, but to stop, look them in the eye, smile, say hello, and get them dressed with as much dignity as possible?

Did you know that some children burst into tears if their mother tries to remove their wet pants to put on dry ones, when there are other people in the shelter? We hold up a blanket to give them privacy, and the crying instantly stops.

Yep, refugee children are so, so human.

I can’t take care of them everywhere they go.

But there are volunteers in Greece lifting them out of sinking boats and wrapping them in blankets. There are volunteers in Serbia, Croatia, and further north as they go, fighting for their human rights and doing what they can to make sure they are properly taken care of; sounding the alarm when ‘the system’ fails.

There are those volunteers I know personally who will physically put themselves between refugees and brutality, putting their own lives at risk to protect the innocent. Who will carry lost children around on their shoulders in the snow for as long as it takes until their parents are found. And there are groups like our very own Team Studeničani, local Albanians who come to this transit camp every night after work for the last 6 months to spend their free time caring for the refugees in any way they can.

There are the Serbian police who take the time for laughing snowball fights with their tiny wards.

And there are the people like you, our donors, who donate the funds that let us continue to buy those new boots for those small children.

There are human beings everywhere, and together we can all do our parts. To be that sea of humanity within a sea of inhumanity. To tell these children that they are real, they are human, and they deserve respect and love.

I hope you will all continue.”

To donate to help her continue to provide shoes to children in need, please click the donate button below.