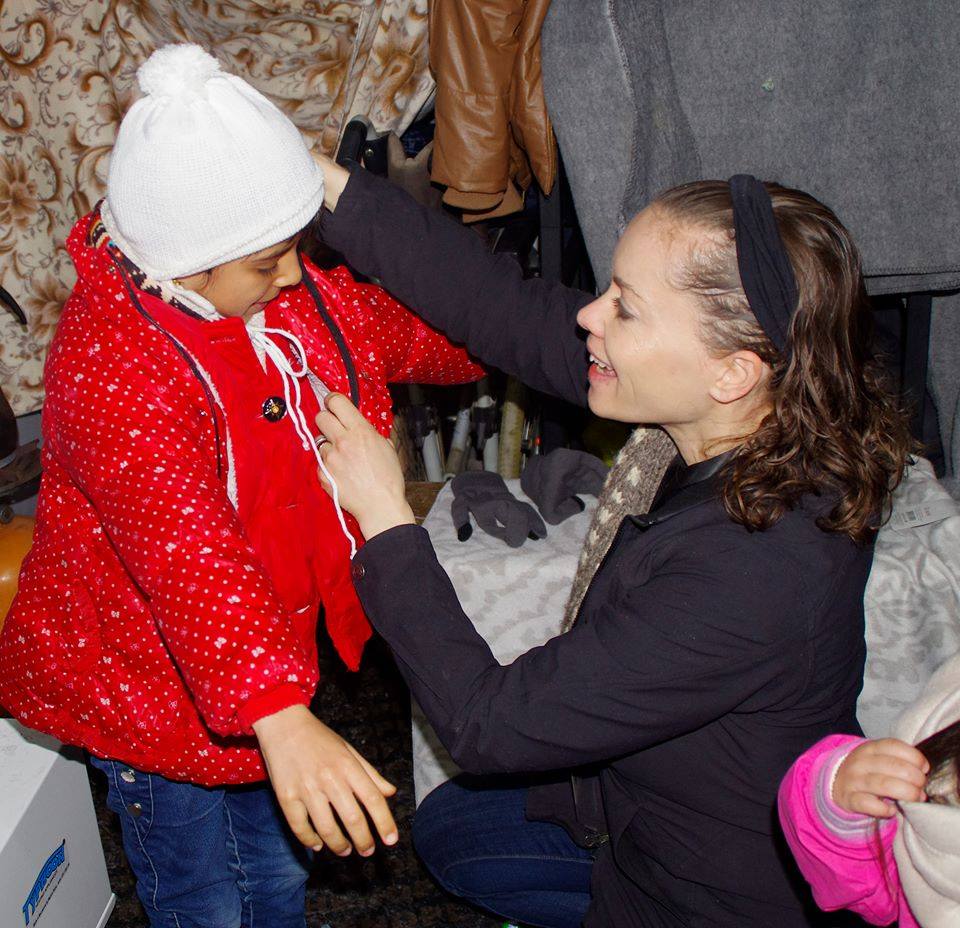 In November 2015, Megan Tucker founded a movement and a grassroots fundraiser known as Winter Clothes for Refugees. The purpose of the movement was to provide warm clothing to refugees and their children, as they passed through Europe while fleeing the war-torn countries of the Middle East. Civilians fleeing war were exposed to the subzero temperatures of the Balkan winter, often without heat, shelter, protection, or any way to obtain it.

It was also during this movement that Megan founded Charity United as a nonprofit organization.

Over the course of three months, the project raised more than $100,000 to purchase and distribute clothing and supplies to refugees. Visiting the refugee transit camp at night, and greeting refugees as they disembarked from unheated trains before they began a three-mile walk through the wilderness, Megan worked together with a team of dedicated locals, distributing clothing, shoes, and essentials for survival.

The team, composed 100% of unpaid volunteers, took it’s job seriously – giving face-to-face one-on-one assistance to refugees, finding proper sizes, helping children out of wet clothing and into proper winter attire, and remaining at the camp throughout the winter nights to ensure that every train was met.

But as winter drew close to an end, another sad reality descended. Though spring was in the air, political changes across the European Union brought even greater tragedy to the refugee crisis. In March 2015, without any warning, the borders on the Balkan Route closed to refugees, leaving tens of thousands stranded throughout Greece and the Balkans, attempting to survive in abysmal conditions.

Winter was soon to be over, but the refugee crisis was not.

Megan and her team decided to continue raising funds and providing help to refugees in Macedonia and in Greece, visiting stranded refugees to provide food, clothing, and vital aid.

The team continued to deliver aid to refugees in Macedonia and Greece, throughout the remainder of 2016 and into 2017.  The aid delivered included food, clothing, hygiene supplies, weather protection, survival essentials, and educational supplies.  Refugees were assisted in the no-mans-lands between borders of countries, in Idomeni informal camp in Northern Greece, in Thessaloniki, and in Athens.

Fundraise for this Campaign

DONATE TO THIS CAMPAIGN